Czech Embassy in Brussels together with the Czech Centre Brussels called on the creativity of Czech expats living in Ixelles for to create home-made face masks intended for those who need them in the Ixelles/Elsene neighborhood.

H. E. Pavel Klucký, Ambassador of the Czech Republic to the Kingdom of Belgium, together wit Jitka Pánek Jurková, Director of the Czech Centre Brussels, handed over almost 700 face masks sewn by Czech expats community in Ixelles/Elsene in under 14 days. All packages carry a label with a name of the person who sewed the masks and will be distributed by the Ixelles administration to those who need them.

The design, initially created by Czech designer Barbora Procházková /Project Sapience for Vogue, is available online and the textile was provided by the Ixelles/Elsene administration itself. 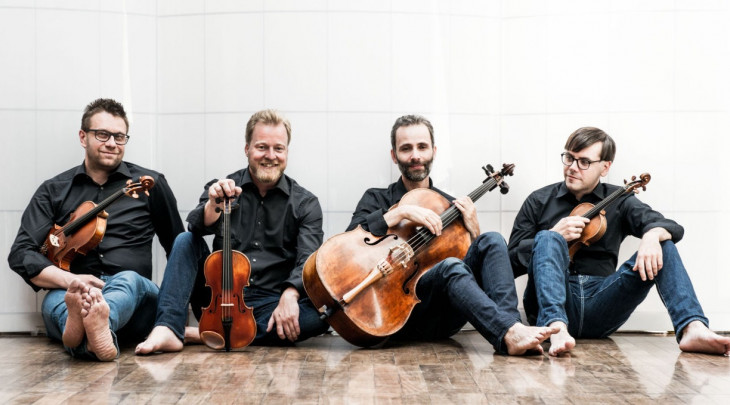 Zemlinský Quartet in concert in Tournai

The prestigious Zemlinský Quartet will be on stage on Sunday 7th of February 2021 in Tournai on the occasion Antonín ...

Your experience on this site will be improved by allowing cookies. More information